We're adding functionalities and improving the usability of PVcase by focusing on the stringing part of PVcase for this release. 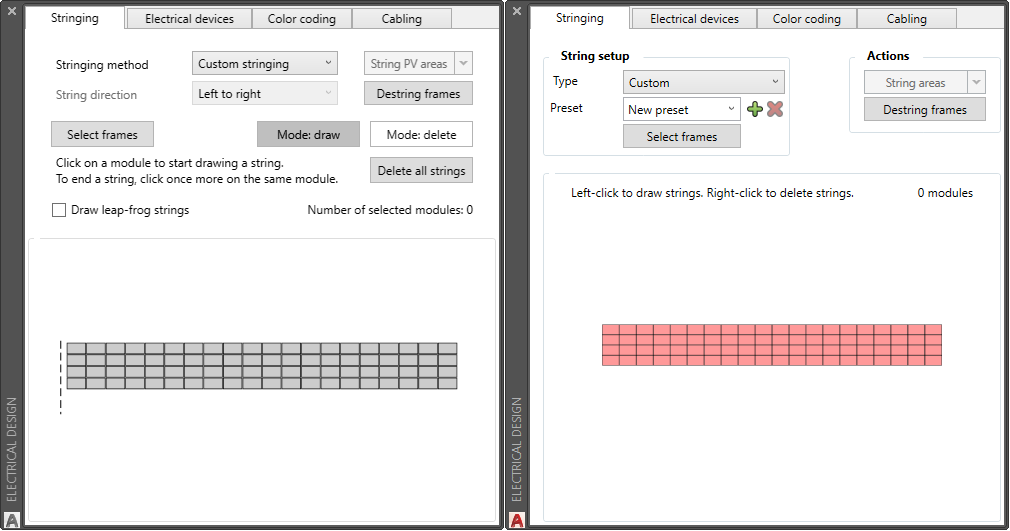 You can also continue a string by unlocking it after Right-clicking on the negative sign.

There's also the new functionality of being able to delete only a part of the string.